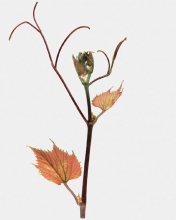 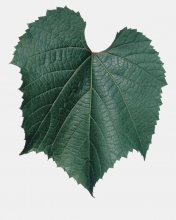 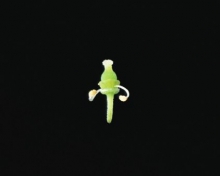 125 AA is highly tolerant to the root form of phylloxera.
Adaptation to the environment

125 AA resists up to 13% of "active" limestone. Its resistance to iron chlorosis is thus considered low to moderate and it seems susceptible to excess spring humidity. On the other hand, 125 AA poorly absorbs magnesium.
Interaction with grafts and production objectives

125 AA confers a medium to high vigor to the grafts. It shows a good affinity with Müller-Thurgau.
Vegetative propagation aptitudes

125 AA wood production is medium to godd (30 000 to 80 000 m/ha) and has a good cutting capacity. Its internodes are long with a moderate diameter.
Resistance to aerial parasites

125 AA is not very or moderately sensitive to the gall form of phylloxera and is highly resistant to downy mildew.
Clonal selection in France