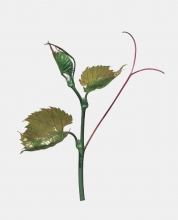 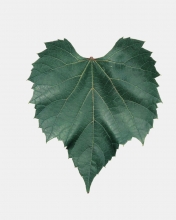 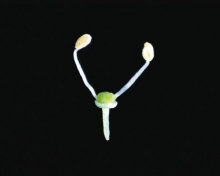 44-53 M is highly tolerant to the root form of phylloxera. It is however moderately resistant to Meloidogyne arenaria nematodes and is susceptible to Meloidogyne incognita nematodes.
Adaptation to the environment

The tolerance of 44-53 M to chlorosis is low to moderate. It only resists up to 15% of "total" limestone, 10% of "active" limestone and an ICP of 10, but it is well adapted to drought. In terms of mineral input, 44-53 M does not absorb magnesium easily and it promotes the development of magnesium deficiency symptoms. 44-53 M is well adapted to fairly deep, hard limestone soils, that do not induce too much chlorosis.
Interaction with grafts and production objectives

44-53 M has a good affinity with grafts and the plants development speed is moderate. It confers a low to moderate vigor and a balanced vegetative growth. The varieties grafted onto 44-53 M usually produce good quality fruits. This rootstock works well with Grenache and Gamay.
Vegetative propagation aptitudes

This rootstock is not very susceptible to the gall form of phylloxera and is very highly resistant to downy mildew.
Clonal selection in France