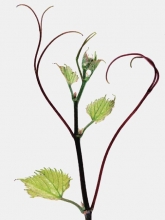 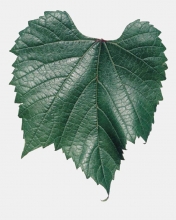 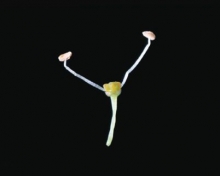 This variety results from the crossbreeding of Vitis berlandieri cv. Ecole and Vitis riparia.
Evolution of mother vine surfaces

34 EM is highly tolerant to the root form of phylloxera. Its resistance to Meloidogyne incognita nematodes is very good but is only moderate regarding to Meloidogyne arenaria nematodes.
Adaptation to the environment

34 EM resists up to 20% of "active" limestone and to an ICP of 40. Its resistance to iron chlorosis can be considered to be moderate to good.
Interaction with grafts and production objectives

34 EM influences the earliness of the growth cycle which can be interesting for the northern wine-growing region or for table grapes.
Vegetative propagation aptitudes

34 EM wood production is low to moderate (25 000 to 50 000 m/ha). 34 EM has a medium cutting capacity and a good grafting aptitude.
Resistance to aerial parasites

Its sensitivity to the gall form of phylloxera is low to moderate and it has a high resistance to downy mildew.
Clonal selection in France