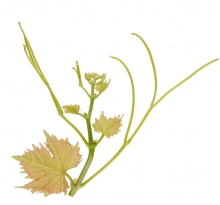 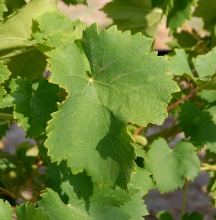 This variety was obtained by D.W. Cain (United States of America) in 1990 and would result from the crossbreeding of Red Globe and a descendant of Muscat d'Alexandrie and Sugraone.
Synonyms

Sugraeighteen is fertile, productive and has a semi-erect bearing. This variety has a vigorous vegetation that must be managed.
Susceptibility to diseases and pests

Sugraeighteen does not seem particularly sensitive to pests and diseases.
Technological potentiality

Sugraeighteen’s bunches are large and moderately compact. The berries are large, with a muscat flavor, a thin to moderately thick skin and a firm, crunchy pulp. The seeds are soft and not very noticeable. This variety is sensitive to berry shedding and to rubbing and the berries do not have a really good storage aptitude.
Clonal selection in France