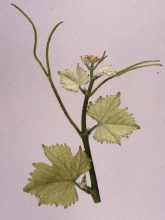 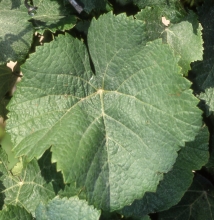 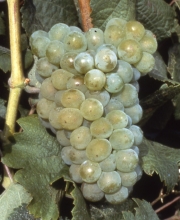 This variety could originally be from Franche-Comté or Palatinat.
Synonyms

In France, Savagnin blanc is officially listed in the "Catalogue of vine varieties" on the A list and classified. This variety is also listed in the catalogues of other Member States of the European Union: Belgium, Croatia, Cyprus, Czech Republic, Germany, Hungary, Malta and Slovenia.
Use

The description corresponds to that of Gewurztraminer, except for the skin color of the berries when ripe, which is in this case green yellow.
Genetic profile

This variety is usually trained and pruned long. It is perfectly adapted to marly terroirs.
Susceptibility to diseases and pests

Savagnin blanc is relatively insensitive to diseases particularly to grey rot as the berries skin is thick. On the other hand, it is very susceptible to wood diseases.
Technological potentiality

The bunches and berries are small to very small in size. Savagnin blanc produces powerful, heavy and full-bodied great white wines that are suited to ageing. This variety has a very high sugar accumulation potential while maintaining high acidity levels. Savagnin blanc is especially used for the production of "vins jaunes" (French for "Yellow wines").
Clonal selection in France