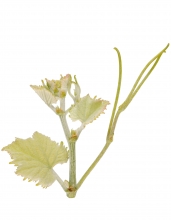 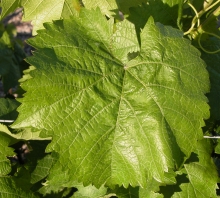 Plantet is an interspecific hybrid obtained by A. Seibel. Its parents are undetermined.
Synonyms

In France, this variety can officially be called "5455 Seibel" regarding plant propagation material.
Legal information

Plantet is fairly fertile and has a steady production. It can be pruned short or moderately long. It should preferably be trellised because the shoots are very sensitive to the wind and break easily. Its aptitude to cuttings is low to moderate.
Susceptibility to diseases and pests

Plantet is a fairly rustic variety which resists well to diseases and that can be used non-grafted in soils not favorable to phylloxera.
Technological potentiality

Plantet's bunches are medium in size and compact. The berries are small, firm. This variety has a tendency to berry shedding when it reaches maturity. Plantet produces very mediocre quality wines without diglucoside anthocyanins.
Clonal selection in France

The only certified Plantet clone carries the number 1330.
Bibliographic references