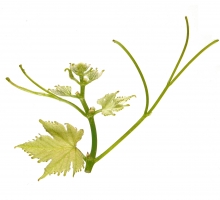 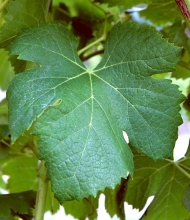 This variety could originally be from the Gironde region.
Synonyms

In France, Pardotte is officially listed in the "Catalogue of vine varieties" since 2014 on the A list and classified.
Use

Pardotte is a vigourous and productive variety, with an erect or semi-erect bearing. It is not very susceptible to coulure. If the load is excessive, Pardotte may have maturation issues.
Susceptibility to diseases and pests

The only certified Pardotte clone carries the number 1351.
Bibliographic references