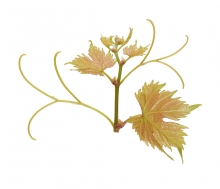 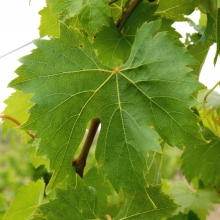 This variety was obtained by J. Csizmazia in Hungary and comes from a crossbreed involving Villard blanc (12375 Seyve-Villard).
Synonyms

In France, Lilla is officially listed in the "Catalogue of vine varieties" since 2016 on the A list.
Use

Lilla has a semi-erect or erect bearing. This variety is rather productive, but it is sometimes susceptible to millerandage.
Susceptibility to diseases and pests

Lilla’s bunches are medium to large and moderately compact. The berries are large, simple-flavored, with a thin skin and a firm and not very juicy pulp.
Clonal selection in France