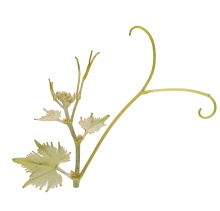 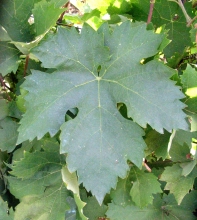 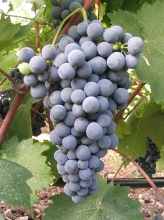 Agiorgitiko is a vigorous variety with a semi-erect or horizontal bearing. It is best to trellis it and to prune it short. If the pruning is not properly managed, this variety has a tendancy to produce high yields. Agiorgitiko is adapted to drought, to different terroirs and poor soils. It is a little susceptible to potassium deficiency.
Susceptibility to diseases and pests

Agiorgitiko is sensitive to grey rot and mites. It is also susceptible to wood diseases (esca).
Technological potentiality

Agiorgitiko's bunches and berries are medium to large in size. The bunches are rather compact and often have a wing. The berries have a rather thin skin and a juicy pulp. This variety produces different type of wines : fresh, light and aromatic rosés ; more tannic red wines that are suitable for ageing. The color is easily extracted. Agiorgitiko's typical aromas are cherry, forest fruits, dried fruits and spices. Height can change the aromatic profile from fruity to spicy.
Clonal selection in France

The only certified Agiorgitiko clone carries the number 1252.
Bibliographic references